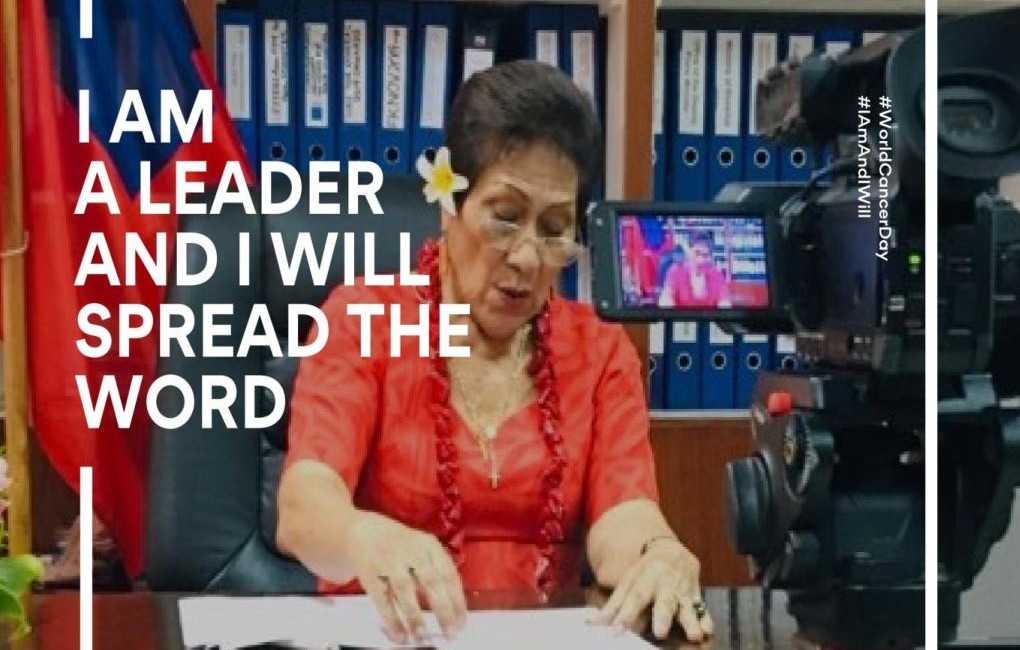 World Cancer Day is commemorated every year on the 4th of February with the aim to upscale preventive measures through education and raising awareness about the cancer disease. Globally, the impacts of cancer continue to accelerate affecting millions of people worldwide and continuously putting stress on healthcare systems and services both socially and economically. The theme for this year’s commemoration is underlined with the statement of ‘I am, I will’ which signifies the pledge of every country in the world with the involvement of both the public and private sectors, health services, communities, individuals, and government determinations and support unified in a collective fight against this disease.

According to the World Health Organization, cancer is the second leading cause of death globally, which accounts ‘to an estimated 9.6 million deaths or one in six deaths, in 2018 and with a recent increase to 18.1million new cases’i. ‘More than 300,000 children and adolescents are diagnosed with cancer each year’ii. Different types of cancers that are common in men include lung, prostate, colorectal, stomach and liver cancer whereas breast, colorectal, lung, cervical and thyroid are most common among women worldwide.

In Samoa, there is an increased number of people that die every year due to cancer and other cancer related diseases. Even though the new diagnosed cases have almost the same number of men and women, women generally have more cases every year. Common cancers among women in Samoa are breast cancer and lung cancer, and the number of new cases of women with breast cancer in 2018 was 67 which was the highest amongst all cancers. Prostate cancer is the highest amongst men and the number of new cases as of 2018 was 39, and 34 new cases for lung canceriii. In 2019, there were 76 cancer related deaths recordediv. Although most of these cancer patients went through treatment and received medications, they were diagnosed late. This number of recorded cases does not include those that were not diagnosed or registered in the Samoa Cancer Society or the Hospital facilities records. These cases were those that presented late signs of the disease and were cared for at home or sought treatment overseas without being registered locally.

Cancer diseases’ main caveat is late presentation which primes to late diagnosis. Late diagnosis consequently means lower chances of a successful treatment through medications and fewer years of life to patients. In many such cases, treatment is very aggressive taking a toll on the patients physically, emotionally and mentally. With late presentation cases, the impacts would also take a toll on the health system with high costs of treatment putting strain on resources needed to treat other diseases. Therefore, early detection is the best preventative measure through early presentation and screening. Screening and early detection can mean less treatment if diagnosed at the early stage of the development of the cancer. On the other hand, to reduce the risk of getting cancer, a healthy lifestyle is vital through balanced intake of nutrition, alcohol control, no-smoking and being physically active. These measures should be practiced regularly and consistently to ensure healthy living not only to combat cancer but for all other non-communicable diseases.

Multiple collaborative efforts by the government of Samoa through the Ministry of Health and its key stakeholders, especially the Samoa Cancer Society, communities and the individuals have been carried out to combat this disease. In 2018 the Ministry of Health in collaboration with the Samoa Cancer Society had its first Palliative Care Consultation with the aim of developing the Palliative Care Guideline which would provide support for patients diagnosed with serious long-term and life-threatening illnesses including cancer. In addition to the Palliative Care Guideline, a Cancer Registry was also developed to account for the registration of cancer patients for early referral and early treatment. Other cancer policies include the Draft Cervical Cancer policy which is currently in the process of peer review before its finalization. It is also timely, that Samoa will be introducing a new vaccine which is HPV (Human papillomavirus) that targets girls and boys of ages 11-12 to help protect them against certain types of HPV that can lead to cervical cancer and genital warts. Risk factors of cancer such as smoking are being addressed under the Framework Convention on Tobacco Control (FCTC) Samoa 2030 Project. In 2019, Samoa officially presented its first Investment Case Report on the Burden of Tobacco Smoking which highlights the detrimental effects of tobacco smoking in relation to lung cancer and the costs affiliated. Awareness campaigns have been and are continuously conducted to educate the public on the importance of early detection and prevention. All these efforts could not have been done without the tremendous and continuous support of the government stakeholders including both public and private, NGOs especially the Samoa Cancer Society and the communities.

On Sunday 2nd of February, a special service was held at the Matafele Methodist Church spearheaded by the Samoa Cancer Society and supported by the Ministry of Health to commemorate this year’s event and to remember those that are still living with cancer and those that have passed on. We will continue with our awareness campaigns with the aim that every individual is well informed of the gruesome reality of this deadly disease and of the preventive measures being advocated. We strongly advise the public to have regular checks at the doctor for early detection and early treatment.

I acknowledge with enormous gratitude the continuous support of our partners, the government ministries, churches, the private sector, and NGOs for contributing towards our efforts to fight against cancer.

May Samoa be protected from cancer and all other diseases